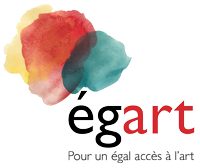 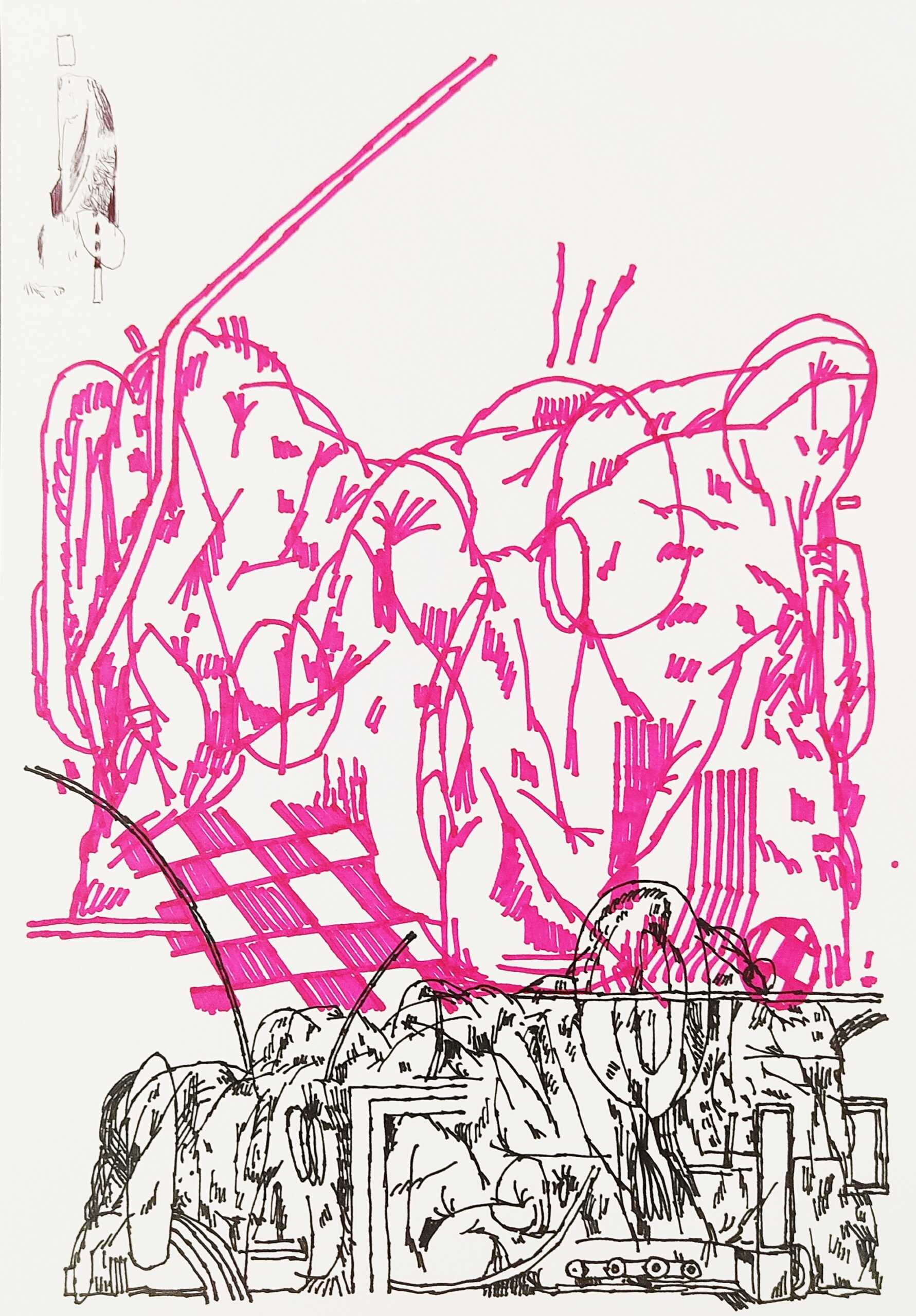 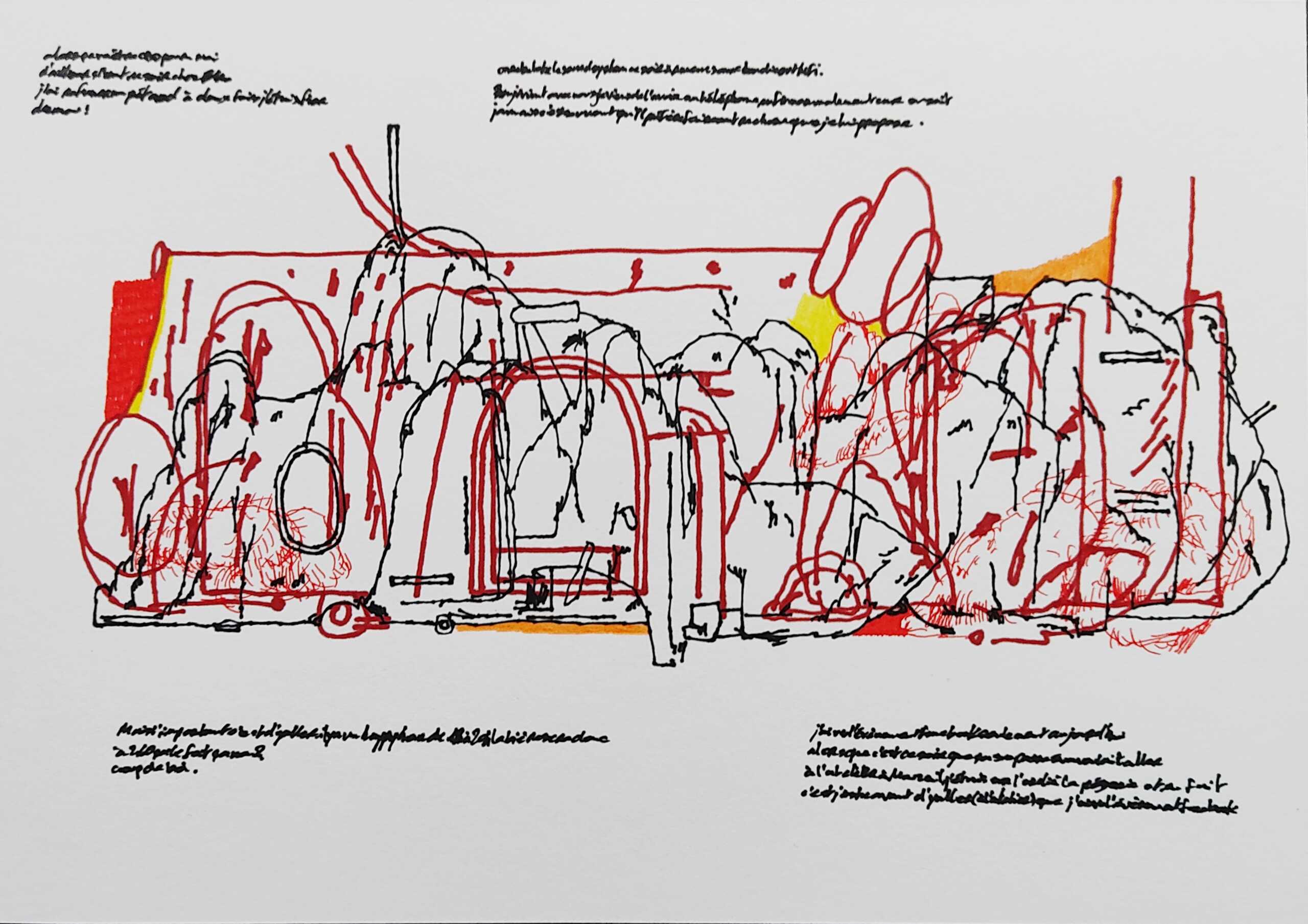 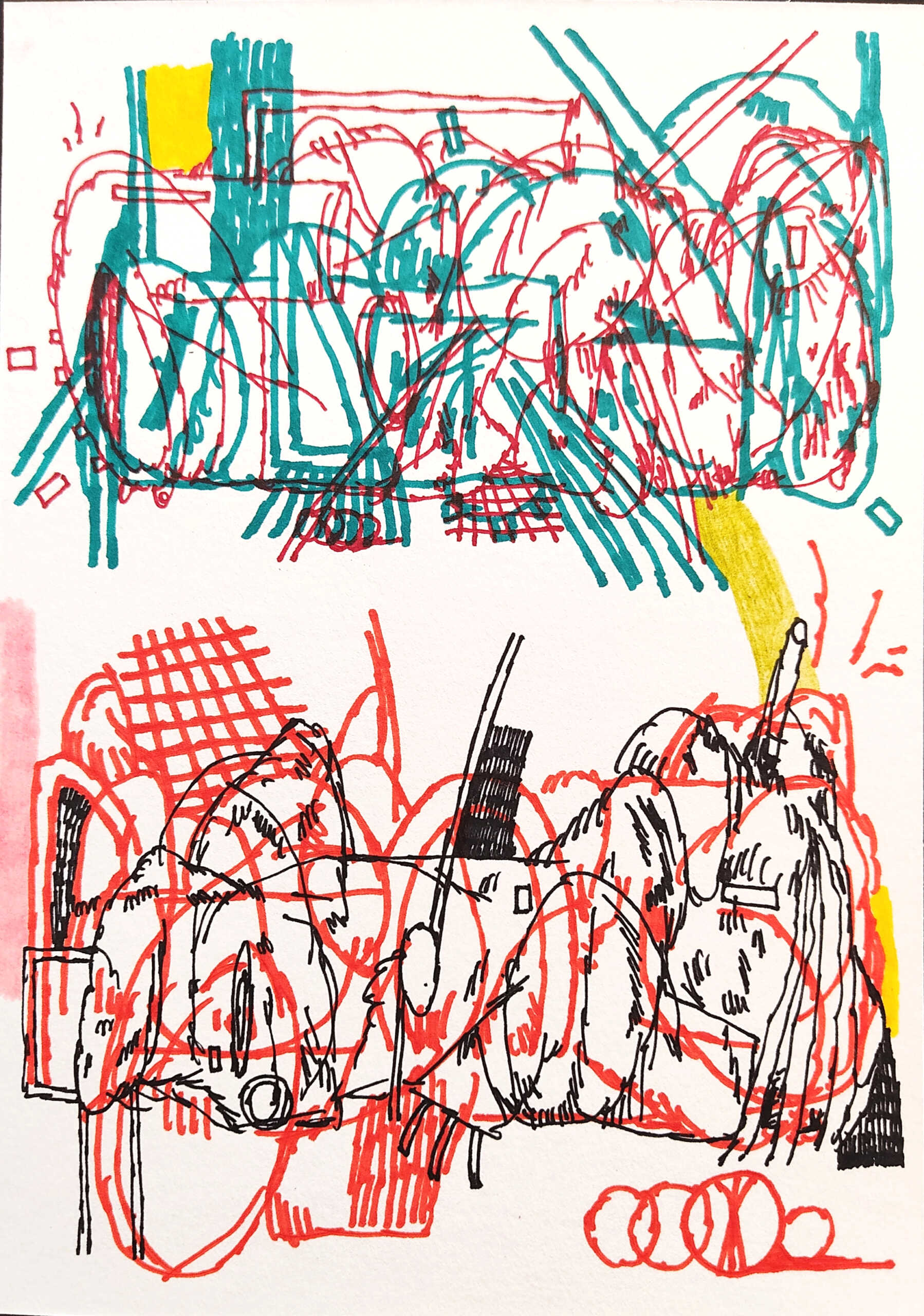 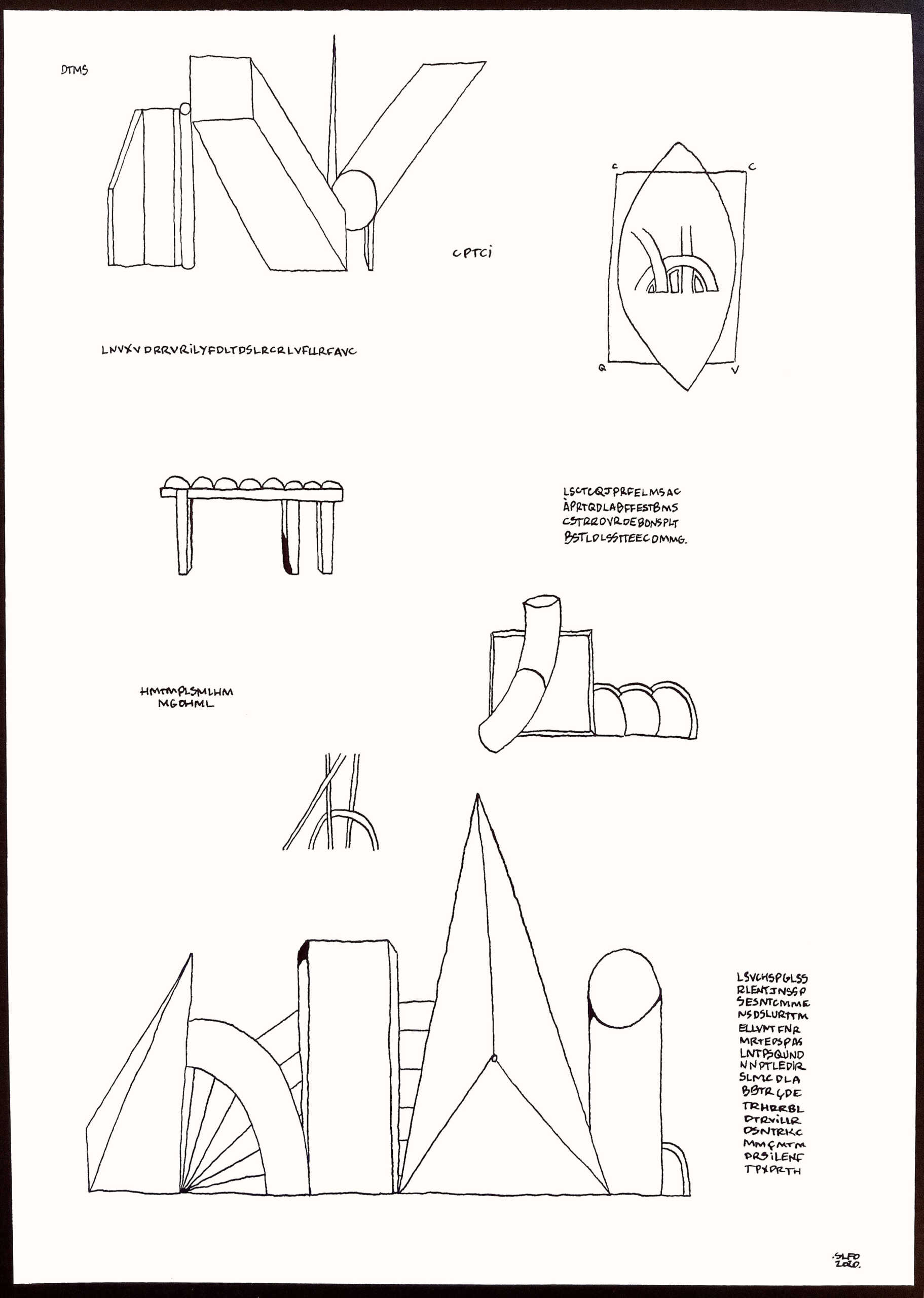 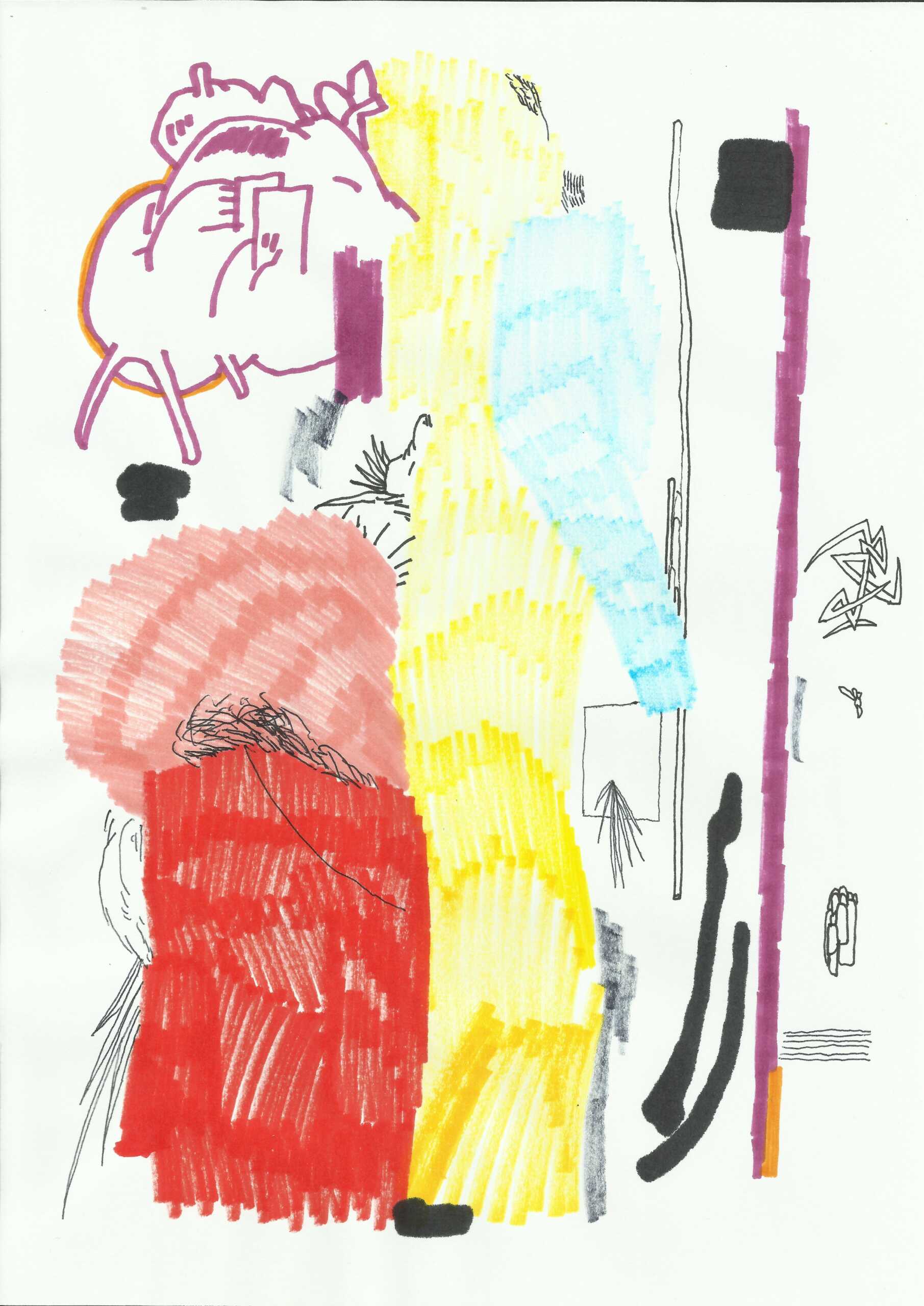 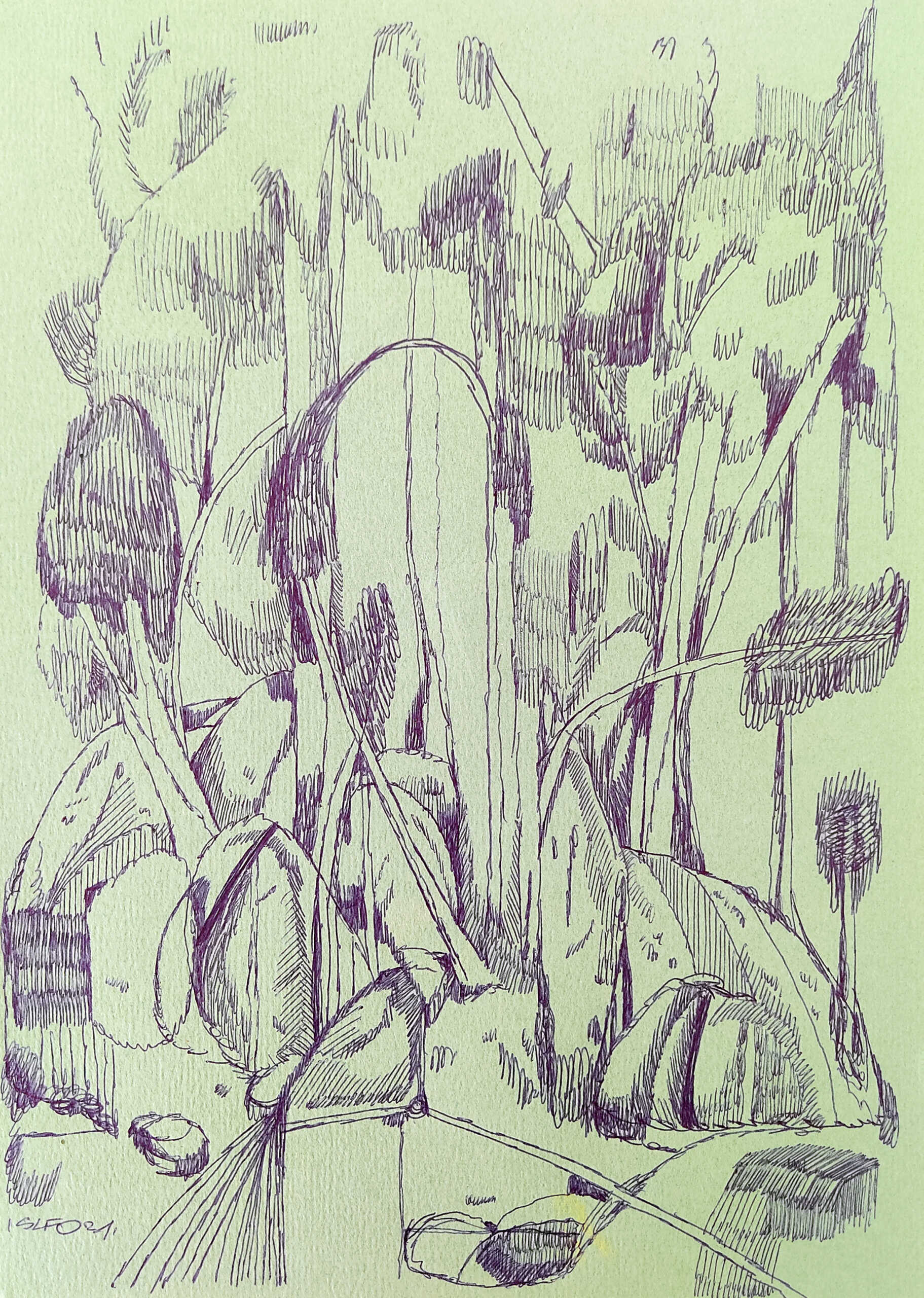 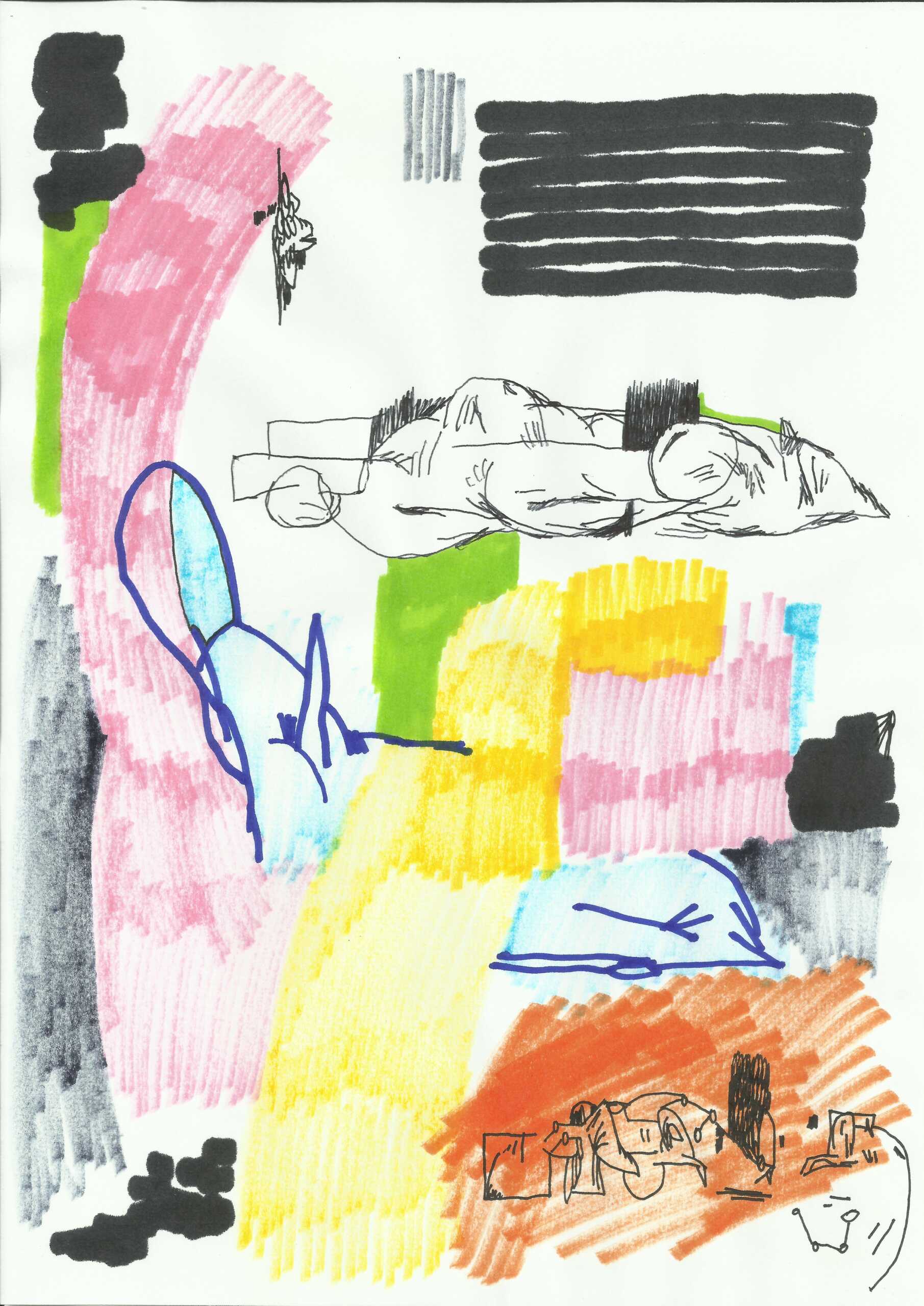 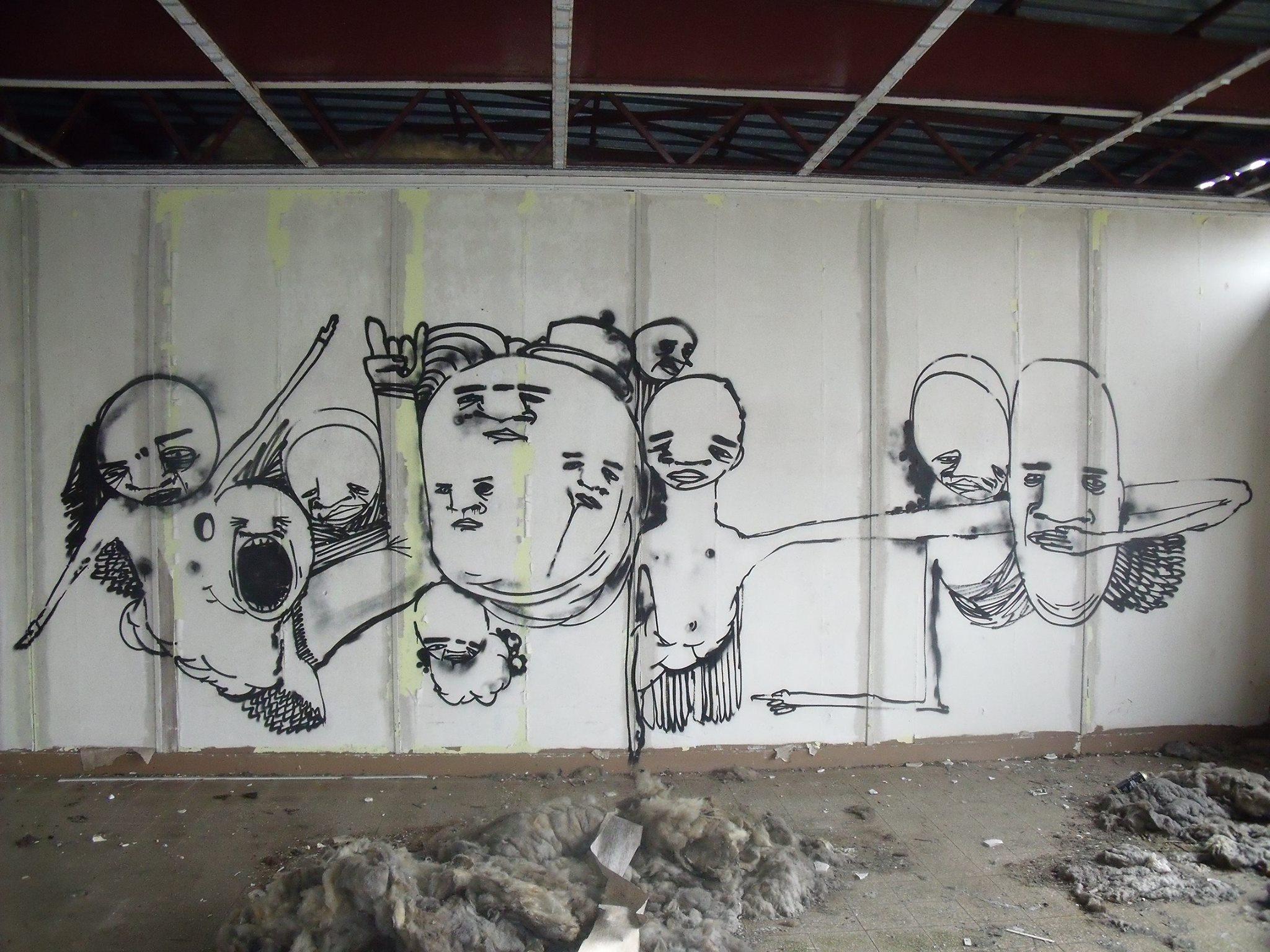 Born in Nantes (44) on the 9th of June, 1989 . On his creative process, Simon Le Fur says "I just draw, that's all", but the drawings he produces are of great subtlety with an innate sense of space. Carefully composed, the structures he invents vibrate, sometimes evoking sculptures, sometimes evoking the mysterious workings of a mental process.
His perspectives sometimes suggest a natural environment, landscapes of caves and wild grasses ; remnants of the gestures of the graffiti artist he once was when he began his work in the outdoors. The delicately worked colour invite, engaging the eye in a gentle meander.

Sometimes a technical diagram prevails, its deliberately off-beat and mysterious commentary becoming an inherent part of the drawing. Unpronounceable strings of consonants : "It's just a caption, it doesn't mean anything," he explains. We marvel at the delicacy of the intricate chromatic game generated by the felt-tips and inks on paper.

Perhaps the destiny of these whimsical architectonics is to be finalized in a three dimensional form? They echo the words he writes on the blank paper cards he carries with him as if a reminder of his daily tasks : "Get up", "Outside, close the door", "Walk to the car park", etc.  As if the drawing, time, space, one's position within human society are one and the same, to be immortalised. Simon Le Fur is the 2020 winner of the EgArt association. Two sets of colour and architectonic drawings were acquired by the Art Sans Exclusion Fund in 2020. MG/EgArt

To purchase
Simon Le Fur's drawings are at 350 euros. We thank the institutions for showing their willingness to support the artist by acquiring a set of at least two works. Mail to contact@egart.fr